“The Heavens declare the glory of God, And the firmament His handiwork”
(Psalm 19:1) 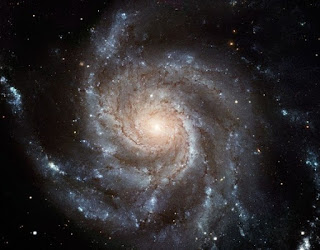 Hubble Space telescope image of M101, a galaxy quite similar to our own Milky Way


I’ve been asked more than once why was I writing this blog, or at the least, why was it organized in this fashion. Why not two separate blogs – one for the stars, and the other for “everything else”? I have a simple answer for that. It is the same answer that Saint Thomas Aquinas gave to Siger of Brabant – there are not two truths, but one. There is not “scientific truth” over here, and “spiritual truth” over there, but only Truth. To fail to realize this leads to some pretty strange and logically incoherent ideas. One of the worst, which I have encountered with wearisome repetition over the years, is the notion of an alleged conflict between science and religion. The weakness and insubstantiality of this concept is most easily shown by the fact that those who most loudly trumpet its supposed existence fixate on the statements and arguments of the most ignorant proponents of one “side” or the other, while discounting as irrelevant outliers anything put forward by the most learned and/or erudite persons. In this manner, the voice of the Faithful is reduced to a caricature of Young Earth Creationists and climate change deniers, whilst the representatives of the scientific community are narrowly (and quite unfairly) defined by the brash and philosophically illiterate New Atheists. 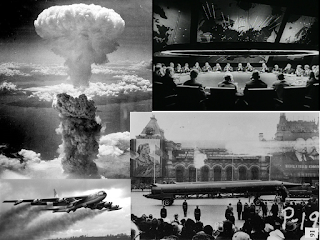 Yet the reality of the situation could scarcely be more different than this all-too-popular misconception. For far from being at odds with each other, science and religion are more like the right and left wheels on a cart. Lose either side, and you’ll run straight into a ditch. Religion without science is superstition. Science without religion can all-too-easily lead to Auschwitz, Hiroshima, and the Gulag. We desperately need both, if we are to survive this still-new century.

A corollary to the above faux conflict is the idea of a “God of the Gaps”, which imagines a fantasy history of Early Man in which primitive societies, beset with otherwise inexplicable natural phenomena, explain them away by crediting (or blaming) a deity for everything they cannot otherwise understand. But the inexorable advance of scientific knowledge, according to this account, has bit by bit through the centuries chipped away at what we don’t understand, thereby leaving God a narrower and narrower space in which to operate. “Give us time,” goes this line of thought, “and we’ll eventually have no need for God whatsoever.”

Again, the truth of the matter seems far otherwise. What meager literary evidence we do have from earliest times, such as the Theogony by Hesiod, the Mesopotamian Epic of Gilgamesh, or the Vedas of ancient India, suggests a quite different pattern. By all these accounts, a recognition of the existence and immanence of God appears to have come first. It was only afterwards that the workings of natural phenomena were then ascribed to divine activity.

The very beginnings of science were solidly and inextricably grounded in religious faith. It was necessary for the realization that the universe was an orderly and comprehensible place (a notion that grew directly out of theology and philosophy) to take firm root before scientific inquiry was even possible. The world’s first professional scientists were Babylonian astrologers who recognized clearly the reliability and predictability of the Heavens through careful and systematic observation. Throughout most of human history the deepening and expansion of empirical knowledge of the physical world, far from being considered a threat to faith, was thought to be its strong ally. Witness Saint Paul in his letter to the Romans: “What can be known about God is plain, for ever since the creation of the world his invisible nature has been clearly perceived in the things that have been made.” What an awesome mandate! We are not only called to learn all that can be known about the universe, but we are to place that knowledge at the service of Truth. 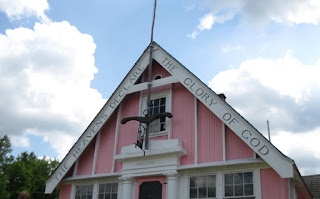 “I the Lord have not spoken from hiding, nor from a land of darkness. And I have not said to the descendants of Jacob, “Seek me in an empty waste or in chaos.” (Isaiah 45:19)