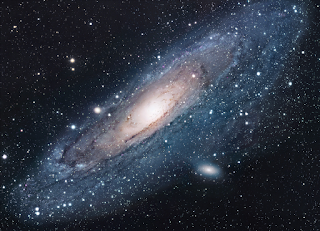 Every stargazer is familiar with the idea that he is observing objects that are not only distant in space, but also in time. This is basic stuff. The light from the planets has taken hours to reach our eye. That from the stars, many years or even centuries. And of course, we see the distant galaxies as they appeared millions upon millions of years ago. Even our own Moon is about 1.3 seconds away from us at the speed of light. So wherever we look in the Heavens, we are basically traveling back in time, seeing the Universe as it was perhaps a few moments ago, or maybe long before we were born, or even before the earliest humans, as far back as the Days of the Dinosaurs. 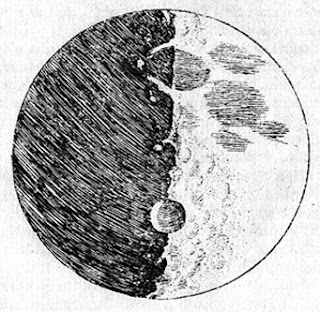 Sketch of the Moon by Galileo

But there is another way in which a telescope can become our personal Time Machine. With only a small amount of effort, we can see the Moon as it appeared in past centuries to the great astronomers that followed in Galileo’s wake and turned their instruments to our nearest neighbor.

Now why would one want to do that? Well, I can think of a good dozen reasons without breathing hard, but I’ll stick to just two for now. First, it’s instructive to learn and study how our current understanding of the Moon (or of anything else, for that matter) came about – what false starts and wrong turnings were made along the way, and the painful process of discarding incorrect ideas that we’ve become perhaps too fond of, as new (and better) information supersedes old. 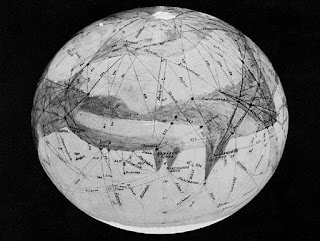 The Canals of Mars

The second reason is much more fun. I’ve been known for saying now and then “Science ruins everything!”, and not always in jest. Yes, the modern Solar System contains marvels undreamed of by previous generations, such as volcanos on Io, geysers on Enceladus and Triton, the “Lonely Mountain” on Ceres, and the truly breathtaking landscapes of comet 67P/Churyumov-Gerasimenko. But be honest with yourself. Do any of these wonders hold a candle to Percival Lowell’s Canals of Mars (not to mention the prospect of Barsoomian princesses!), the dinosaur-haunted swamps of Venus, the Edenic paradise of Perelandra, or the fantastic topography of Edmond Hamilton’s Solar System (to include floating islands, wandering lakes, seas of fire, and marching mountains, just for starters). 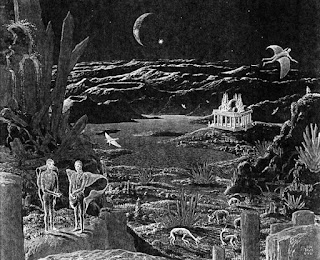 This is particularly true when we turn to the Moon. Past centuries of lunar observers believed they saw firm evidence for Lunar Cities, “brightly coloured caravans” crossing the Mare Imbrium, swarms of flying insects, vast bridges spanning miles-wide canyons, active volcanos, mysteriously disappearing craters, underground caverns populated by intelligent and technologically advanced Selenites, dawn mists filling craters (only to evaporate shortly after sunrise), cultivated fields and dense forests, and even (my personal favorite) a hemispheric habitable zone, complete with atmosphere and water, continents and seas, vegetation and civilization (all conveniently on the Far Side, of course). Contrast any of those notions with Buzz Aldrin’s “magnificent desolation” that is the reality we’re stuck with. Again, be honest. Which would you prefer? 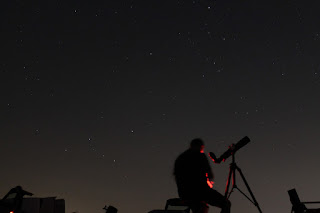 Yours Truly, looking into the past

However you choose to answer that last question, what I propose doing in the next series of postings here at Celestial Pilgrimage is to guide the casual lunar observer to see for himself those features that led astronomers of the past to believe such things to be the case. I guarantee that the Moon will never again appear to you as nothing more than a lifeless ball of rock, but rather as a World with a real history – a human history of discovery and enlightenment.