So we moved, and they, in a formal pattern, Along the empty alley, into the box circle, To look down into the drained pool.
Dry the pool, dry concrete, brown edged,
And the pool was filled with water out of sunlight,


And the lotos rose, quietly, quietly, The surface glittered out of heart of light, And they were behind us, reflected in the pool. Then a cloud passed, and the pool was empty.
T.S. Eliot, Burnt Norton 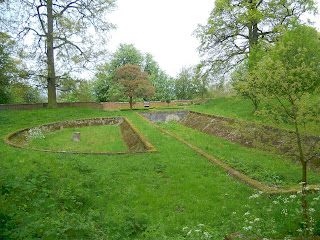 Perhaps Eliot was wise in limiting his account of what must have been an overwhelming moment in his life to a handful of bare lines, utterly devoid of poetic artifact or detail. He most likely knew quite well that it would take a new Dante to adequately put into words a direct experience of the world that lies outside the everyday universe we live in, indeed of the “real” world, from which all that we see and hear and come into contact with by whatever means we have was made. Only Dante could stretch out into 100 cantos a vision so blinding that even he says of it at the end:

Twenty-five centuries since Neptune saw the Argo's keel have not moved all mankind, recalling that adventure, to such awe as I felt in an instant.  (Paradiso)

Well, something like that happens to many of us at the critical junctures in our own lives. And like Eliot, we may find ourselves attempting to describe the indescribable. In that spirit, allow me to at least try to convey the essence of what just may have been among the most significant moments of my time here on Earth, and how what I experienced has never left me, despite the long passage of time and events since then. So throwing all caution to the winds, I now recklessly match my pathetic powers against the likes of Eliot and Dante. 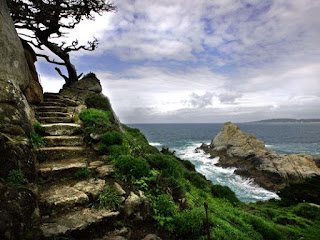 The event itself could not have been more insignificant. In the spring of 1976, Diane and I were returning to Monterey, California, from a trip to San Francisco to pick out our wedding rings. We stopped on the way at a coffee shop perched atop a cliff overlooking the Pacific. I recall the day being unusually hot, with the sun bathing everything in sight in brilliant light out of a cloudless sky. Absolutely nothing unusual happened on this stop - at least nothing that could be seen. But I remember with absolute clarity a definitely mystical experience that overwhelmed me from out of nowhere on that stop, while looking out at the cliffs and the road snaking along the coastline – a vision of my life unfolding before me – a vista of unfolding horizons, of adventures and possibilities – a sense of grand optimism and potential unmatched in any other moment of my life before or since.  It was over in an instant, and that’s all there was to it – no outward sign of anything having occurred. In fact, I can’t even recall saying anything about it at the time to Diane, who was after all standing right next to me. But nevertheless, that ultimately timeless moment has never left me, even 33 years later. It was a turning point in my life, and nothing was ever the same again.

“So what?” you might want to say, reading no further. “What you’re recounting here is something totally appropriate for a 24 year old man in the best physical condition of his life (only a few months out from Army basic training), fresh out of college, about to get married, just starting out in his professional career, with his whole life ahead of him. All you’re describing is someone feeling really good about himself on a really good day”.

But that is exactly what I am NOT describing. We’ve all had countless episodes over the years of feeling “on top of the world”. But this was different – not just in scale, but in kind. Again leaning on Eliot, he refers (in The Dry Salvages) to:

The moments of happiness—not the sense of well-being,


Or even a very good dinner, but the sudden illumination—

Or, as he writes in another place,

the intense moment / Isolated, with no before and after.

That is as nearly as perfect a description of the event as I could wish for.

After all, what exactly occurred to Eliot, that day in the dilapidated gardens of Burnt Norton? He comes upon a drained pool, a thing of no great beauty, and the sunlight at his back creates for an instant the illusion of its being filled with water. But as soon as he sees this, a cloud covers the sun, and the moment passes. That is all. Yet this vision – this mirage, as it were – became the inspiration for what is arguably the greatest poetic work in English of the last century, The Four Quartets. 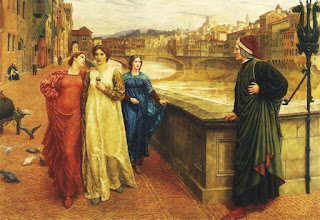 And Dante’s “instant” is even more lacking in any outward significance whatsoever. He himself describes the event in the most pedestrian manner possible:

At about the beginning of Beatrice’s ninth year she appeared to me, and I near the end of my ninth year saw her. She appeared to me clothed in a most noble color, a modest and becoming crimson, and she was girt and adorned in such wise as befitted her very youthful age. (La Vita Nuova, The New Life)
That’s it? This is what the poet, who years later at the height of his powers, would claim had “not moved all mankind, recalling that adventure, to such awe as I felt in an instant”? It is scarcely credible. Yet the poet goes out of his way to paint the moment in the plainest style at his command, ruthlessly spurning any faintest decoration or elaboration. 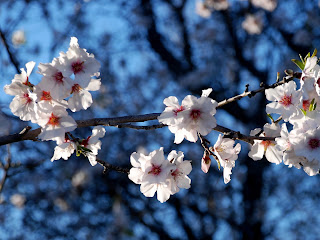 But it is this very plainness, I believe, that brings us close to the truly essential nature of genuine “mystical Experience”. Being a glimpse of what lies beyond our everyday physical reality, the event, when it occurs, seems to have no use for the trappings of that reality – indeed, it positively flees from them. Witness Jeremiah, at the beginning of his prophetic career:

We find this same emphasis on the stark ordinariness of such moments throughout the Old and New Testaments. When Elijah has his own encounter with the Infinite, he does not perceive God in the whirlwind, the earthquake, or the fire (all of which he must first endure), but rather in a “still, small voice” (1 Kings 19:11-12).

Indeed for the prophet Habakkuk there was even less – his own encounter with God was through absence: “The fig tree does not blossom, nor is there fruit on the vines, the produce of the olive oil and the fields yield no food, the flock is cut off from the folds, and there is no herd in the stalls” (Habakkuk 3:17). Yet this bleak ledger of famine and want is immediately followed by the prophet’s ecstatic vision of the glory of God. In a blaze of comprehension, the whole universe quite literally sings with joy amidst deprivation. Habakkuk even goes so far as to provide stage directions! “To the choirmaster: with stringed instruments” (Habakkuk 3:19).

These moments of connection between ourselves and the greater reality that enfolds our universe of the senses, the world constrained by matter and energy and bound fast by time and space, are defined precisely by elements not of this world, and so we despair of finding words to convey their meaning to others. When the attempt is made, by throwing in sound and light, angelic choirs and wondrous sights, the result is generally a failure. The most unreadable book in The Bible has got to be Ezekiel, in which the prophet goes to great length to portray a phantasmagoria of bizarre visions: wheels within wheels whose rims are filled with eyes, and strange creatures and mechanisms that to the modern mind resemble nothing so much as aliens landing in a flying saucer! In the end the entire description falls flat – there is no hint of mystery, of the infinite, no sense of the divine. Far more approachable (and readable) is Abraham’s visit by three quite ordinary men, who turn out to be nothing less than Father, Son, and Holy Spirit, sharing a meal with the patriarch at the door of his tent. Or perhaps even more amazingly, the very first appearance of the risen Christ to Mary Magdalene, so lacking in “bells and whistles” that she mistakes her Lord for a gardener!  (John 20:11-18) 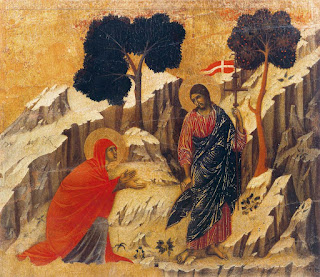 In my own case, that moment of connection was a somewhat hot afternoon at a roadside stop, with a cup of coffee in my hand. But in the nearly four decades since that instant, I was ever after aware of a Guiding Hand on my shoulder, assuring me that when, like Habakkuk, all I could see was disaster, I wasn’t alone; Someone had been there before me, blazing the trail.

So if we are awaiting a sign from Heaven, we would be well advised to not expect lightning from a clear sky, or the moon turning to blood, or anything at all like that. We should rather pay attention to the pot boiling over on the stove - it may just turn out to be “the word of the Lord”. 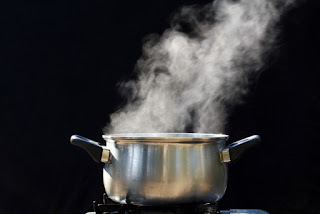