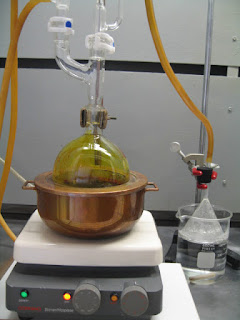 … Because that’s just how The Skylark of Space begins – with an explosion in Dr. Richard Seaton’s laboratory. As part of his investigation of a mysterious, unidentified substance (referred to as “X”), Seaton had been electrolyzing it over a copper steam bath. A soon as he applied the electric current, his entire experimental apparatus, steam bath and all, “took off” and flew out the conveniently located (only the first of at least 5,000 similarly fortunate coincidences to follow in the book) open window of his laboratory, headed for parts unknown. By chapter’s end, Seaton will have deduced that he has unwittingly discovered how to unleash the intra-atomic energy that holds the elements together (what we today call “atomic power”). Thus is firmly established a long tradition in Science Fiction of writers getting past otherwise insuperable scientific obstacles to their stories by punting to some vaguely described future discovery, which allows the author to ignore otherwise inconvenient facts. 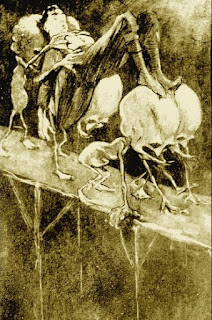 Perhaps the first writer to employ such a technique was H.G. Wells, in his novel First Men in the Moon. Wells had no idea how to transport his heroes to our satellite, so he invented out of whole cloth the idea of Cavorite, a mysterious substance with the property of cancelling out the effects of gravity. He had no need to explain how his magical substance actually worked – he just declared it to do so, and off to the races. Forty years later, C.S. Lewis was firmly in that tradition when, in the novel Out of the Silent Planet, his scientist Weston explained that his interplanetary ship operated by “exploiting the less observed properties of solar radiation.” No further explanation necessary – let’s proceed with the story! 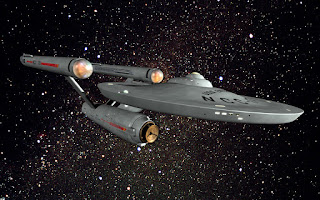 Thus SF is to this day littered with references to Warp Drive, Hyperdrive, Inertialess Drive, or even (in Harry Harrison’s Bill the Galactic Hero) Bloater Drive, as mechanisms by which to airily dismiss the otherwise indisputable universal speed limit of C, the speed of light. Often, no explanation whatsoever is offered the reader – it is simply assumed (without the slightest mention of the fact) that Einstein’s Theory of Relativity has somehow been overturned. To me, the cleverest of these workarounds is Gordon R, Dickson’s Quantum Drive in his Dorsai Series, in which interstellar travel is made possible by somehow manipulating the quantum states of all the subatomic particles of the spacecraft to cause them to be elsewhere in the universe - right where you wanted them to be. How this could ever be accomplished in the real world is left to the reader’s imagination.

But I can’t complain overmuch about such fudging on the part of writers otherwise meticulously scrupulous in their devotion to scientific accuracy. Without such fudging, all of our imaginative literature would have been claustrophobically confined to our own Solar System. What E.E. Smith and his disciples gave us was the possibility of Galactic Empire, interstellar exploration, alien worlds and civilizations beyond number, and adventure beyond our wildest imagination. And it all began here, with Dick Seaton’s copper steam bath flying out that conveniently open window. 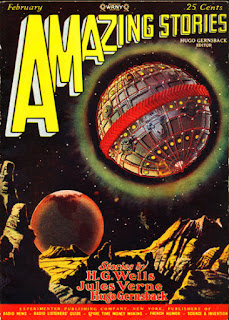