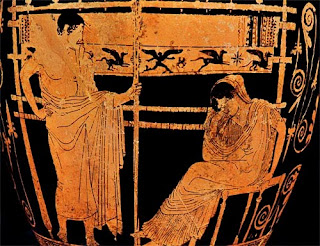 No one can say that Penelope has been given short shrift over the centuries, as far as The Odyssey is concerned. Indeed, her 10-year passive aggressive battle against the horde of decidedly unwelcome suiters has been an inspiration for generations of pottery makers, artists, poets, novelists, and playwrights. While Odysseus bravely faces monsters, demons, and enchantresses in his endeavor to return home from the Trojan War, Penelope silently holds off his would-be usurpers by pretending to weave a funeral shroud for her father-in-law’s impending funeral. She had cleverly promised to choose between the suiters once the shroud was completed, but every night she would surreptitiously unravel all the work done the previous day. Year after agonizing year, this would continue. (Amazingly, the ruse worked – they fell for it! At least, until she was betrayed by an unfaithful servant.) 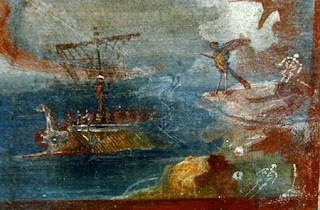 But it’s long been my impression that the suiters were probably the least of Penelope’s worries. Her main foe was no less than Odysseus himself! Or, at least, Odysseus’ seeming inability to stay at home by her side. We have but hints at this in Homer, but other writers in ancient Greece were far more explicit. Although initially unwilling to join in the war against Troy, once enlisted to the cause, Odysseus proved one of its most ardent participants. He was responsible for recruiting (by trickery) Achilles, and was chief architect of the “Trojan Horse”. And a close reading of The Odyssey leaves one wondering just how earnestly Odysseus sought to return home for much of his wanderings. Perhaps Alfred Lord Tennyson expressed it best in his masterful poem, Ulysses:

I cannot rest from travel: I will drink
Life to the lees …
For always roaming with a hungry heart
Much have I seen and known …
How dull it is to pause, to make an end,
To rust unburnish'd, not to shine in use! …
'Tis not too late to seek a newer world.
Push off, and sitting well in order smite
The sounding furrows; for my purpose holds
To sail beyond the sunset, and the baths
Of all the western stars, until I die. 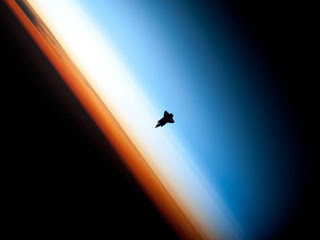 What chance does pastoral domesticity with faithful Penelope on the Isle of Ithaca have against such urgings? 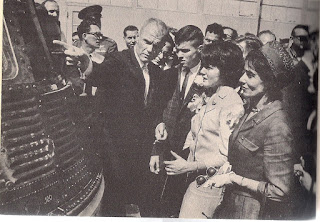 The above image is one of my favorite photographs from the “Space Age” of the 1960s. Here we see astronaut John Glenn showing off the Friendship 7 space capsule to his wife and children, not long after his historic flight. The LIFE Magazine photographer was undoubtedly hoping to capture for the county’s hero-worshiping public the adoration of Glenn’s wife, as she marveled at her husband’s bravery. But just look at those eyes. (Click on the image for full resolution.) This can hardly be construed as an appreciative gaze – it is a confrontation with an enemy. Annie cannot hide the recognition that this space capsule is the principle threat to her security and peace – the one thing in all the world that could separate her from the husband she loves. It is a look that would be well suited for one coming across “the other woman”. (Happy Ending Footnote: they’re still happily married today, more than 50 years later.) 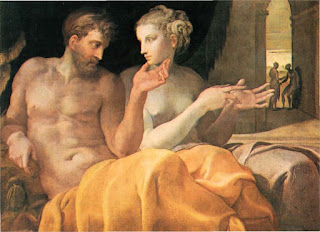 In the closing lines of Chapter One of The Skylark of Space, we learn that Dick Seaton has just gotten engaged to Dorothy Vaneman, and that this very evening was to have been the celebratory engagement dinner at his future in-laws’ home. But engrossed in the mystery of the flying copper steam bath, Seaton loses track of the hours and it is nearly 10 PM before he realizes he is beyond late. Poor Dorothy is about to realize just what it means to love a man with a passion not for her. She ought to have known. Smith tells us that, in Seaton’s portrait on Dorothy’s dressing table, her lover’s eyes had “clear depths [in which] there seemed a never-answered question”. Tennyson’s aching lines could well have been written for our hero here.