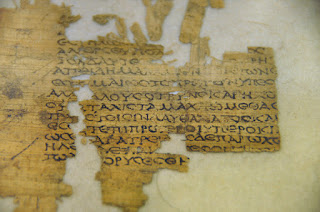 An ancient fragment of Homer's Iliad

I’ve already mentioned that Smith was an obsessive tinkerer with The Skylark
of Space. The work was never republished without multiple, and often massive, amendments to the text. And because print runs for SF novels in those days were quite small, it went through many editions. It is literally impossible at this late date to confidently declare any one printing to be “definitive”. I do not exaggerate. There is scarcely a single sentence in the entire novel that was not added, subtracted, edited, reworded, revised, tweaked, whatever you wish to call it, as long as Smith was still alive. 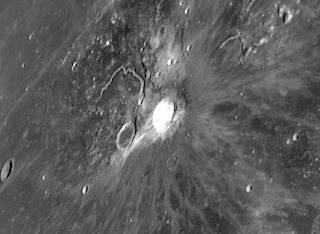 Believe it or not, the same applies to the great epics of Homer. Libraries could be filled with just the various alternative texts we have today of The Iliad and The Odyssey. To make matters worse – far worse – our oldest complete manuscripts date back no further than the 10th Century A.D. And these are in turn largely based on the work of one Aristarchus of Samothrace, who lived in the second century B.C. (There’s a spectacular crater on the Moon named after him.) Aristarchus bemoaned the existence of multiple, contradictory versions of Homer’s epics, and compiled what he considered to be an authentic copy from all the texts known to him (and thereby suppressing all the others, now forever lost to us). Bottom line: We have no idea what Homer actually composed, or even when he composed it. We know he lived sometime prior to 650 B.C., because that’s the earliest surviving reference to him. But when exactly he lived is no longer knowable. (The most commonly accepted “scholarly” estimate is sometime around 700 B.C.)

So, as much as it might annoy me, I have to reconcile myself to the many competing Skylarks out there. My only regret is that the 1928 version (which I consider to be superior to all the others) is so hard to find, and unless some publisher takes steps to preserve it, may (like the original Homer) be forever lost when the last, yellowing copy of the F.F.F. printing finally disintegrates on some collector’s bookshelf. (I possess two copies myself, one of which is at death’s door already. The other, I never touch.) 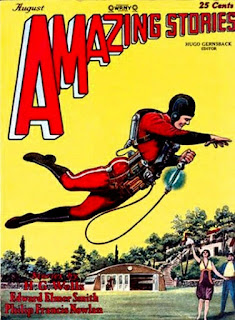 But I cannot bring myself to accept what Smith did to Chapters 7 and 8 in his 1958 revision, for here he just went too far. In a misbegotten desire to keep his novel relevant in the rapidly changing postwar world with its almost daily advances in science and technology, Smith foolishly went back and “updated” the technologies he used when he first set pen to paper. Keep in mind that, although first published in 1928, Smith (along with Lee Hawkins Garby) actually wrote the novel long before – from 1915 to 1919 to be precise. These were years when airplanes were a relatively new invention and even radio was considered to be a marvel, when scientists had only the crudest understanding of the internal structure of the atom, and the idea there might be other galaxies besides the Milky Way was still a matter for controversy. So in that turn-of-the-century world, Smith’s ideas about interstellar travel (or even of there being planets around other stars at all), of wireless encrypted communications devices, of atomic power and directed energy weapons (to name just a few) were staggering to the general public. It’s no wonder he vaulted to the top of the (admittedly then small) pantheon of writers of imaginative fiction with a single book, pushing aside even such giants as H.G. Wells
and Jules Verne. 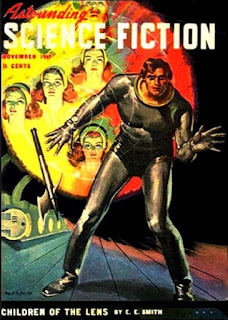 So it’s not hard to imagine Smith looking on with somewhat mixed emotions as a new generation of science fiction writers came into their own after the Second World War - writers such as Heinlein, Asimov, Clarke, Simak, and A.E. Van Vogt, with ever new ideas and bold new extrapolative technologies. And to add insult to injury, Smith’s latest novel, Children of the Lens (the conclusion to the greatest Super Science Epic of all time, The Lensman Series), was rather poorly received. There were even letters to the editor of Astounding (which published it in 1947), questioning the decision to print it at all. By the 1950s, Smith’s once-dominating stories were now regarded as “quaint”.

‘Twas at this point that Smith made his fatal error. He undertook to “update” his debut novel by what we would today call cut and paste. Thus, instead of DuQuesne learning of a mysterious explosion in West Virginia by reading the Washington Clarion, he gets the news from WKSM TV. Instead of his co-worker speculating that “some miscreant has piled up and touched off at least ten thousand tons of T.N.T. and picric acid up in the hills” we have DuQuesne asking “What would anybody be doing with an atomic bomb up there?” Still later, when DuQuesne attempts to steal the results of Seaton’s research, rather than using an airplane to make his getaway, he flies off by helicopter. I could continue, but you get the idea. 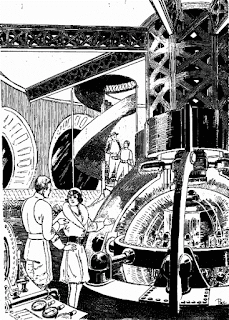 What was so tragically futile by this entire misguided attempt was that science fiction fans in the late 1950s were not by any stretch of the imagination interested in current technology, but in that of the future. They were not the least bit impressed by helicopters (Ya-a-a-wn), nor at all put off by airplanes. They wanted more of what Smith was unquestionably best at – dreaming up exciting new ideas that no one had the slightest idea how to actually build today. He would have been well advised to revel in his universally acknowledged status as pioneer and move on, rather than repackage old masterpieces in new form. 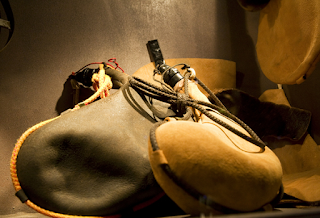