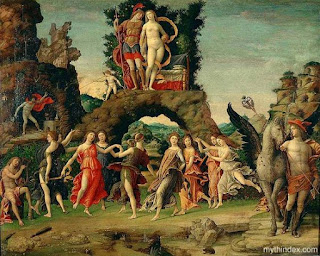 The cynic may well scoff at Skylark’s Chapter 3, “Earlier Days”, but every Homeric epic needs an Olympus, and here we have precisely what the doctor ordered. The childhoods and youths of our two masculine heroes, Dick Seaton and Martin Crane, are presented in the broadest of brush strokes – Smith was obviously eager to get on with the Main Event – but what a picture! Seaton, the product of hard physical labor, the all-too-early loss of both parents, and having to support himself in every step of the way… alongside Crane, heir from birth to an incalculable fortune yet raised to demand the utmost from himself. They meet each other across a tennis net and become inseparable, lifelong friends. Seaton’s probing mind, forever pushing the edges of the envelope, is ideally matched with Crane’s hyper-analytical engineering expertise. In the course of the trials to come, they will prove to be the perfect team.

Smith foreshadows this by an otherwise bizarrely detailed description of their interaction on the tennis court as doubles partners.

“Seaton played a brilliant, but rather irregular game. He always played the net, accepted anything he could reach with either hand, made shots of almost incredible difficulty – and then drove easy forehands into the net or over the backstop. Crane was exactly the opposite. Careful, quiet, and accurate as a machine, he usually played from far back of the back-line. He rarely volleyed, but waited until the ball was low on the bound, then Lawforded it with deadly accuracy to an unguarded spot in the enemy’s territory. Seaton’s dash and brilliance were the perfect complement of Crane’s steadiness and accuracy, while Crane steadied Seaton and made his guard over the net well-nigh impregnable.” 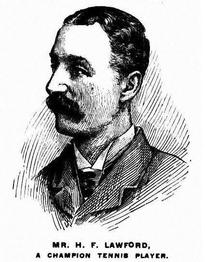 (By the way, I learned something from this passage. Herbert Lawford (1851-1925), a tennis superstar in the early 20th Century, is credited with having introduced topspin to the game. For years, the now-standard forehand return was known as the “Lawford Forehand”.)

But there’s a serpent in every Eden, which will be the subject of my next posting.